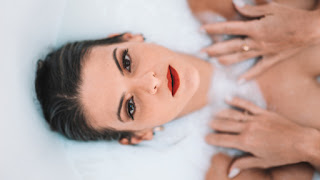 Soleil continues to dominate 2021 with the release of her new record and music video, “Loves To Blame.” “Loves To Blame” is an upbeat, soulful love song which is in contrast to her previous darker sounding single, “Noise.” Soleil’s uncanny ability to switch up her sound further demonstrates how special of a talent she is.
“Loves To Blame” Music Video Link: https://youtu.be/3QQdIspXNgg
“Loves To Blame” Song Link: https://open.spotify.com/track/4ndiMIOKOshs7LosxIuKlL
“Loves To Blame” is about how love affects people. “When you’re into someone, you start accommodating your life, so that you can fit the other person into your schedule.” Soleil continues: “You think about that person often, and at some point, you want to make it official. These are all things that we can blame on love.” The combination of the word, “love,” which tends to have a positive connotation, and the word, “blame,” which tends to have a negative connotation, is akin to an oxymoron and very clever wordplay.

“Loves To Blame” was written by Soleil, James Murphy, and Mitch Cantor. Samson Rawls aided in the vocal production. The single was recorded at Audio Vision Recording Studios. The music video was directed by Grizzly Films and Liz Pollock. The music video really makes the fun-loving, poppy song come to life. The vibrant, sexy music video keeps viewers engaged from start to finish. Soleil’s silky, jaw-dropping vocals provide fans with the perfect summertime anthem. Be prepared to fall in love with “Loves To Blame.”
Website: https://www.soleilworld.com/
Photo Credit: Josh M. (@gogogadget_nikon); Lea Grandvalet Studer (@imagemephotography)
Artist’s Bio:
Soleil is a singer-songwriter that is originally from New York, but resides in Miami. She has performed on countless stages throughout the country. Soleil has been interviewed by and featured on various radio stations and media outlets such as Rolling Stone IN, EARMILK, ELEVATOR, and The Hype Magazine. She won contests for and gained recognition from Sony, Music.com, SoundCloud, and ReverbNation. Soleil uses her powerful, polished vocals to tell tales of all aspects of love. Her versatility can clearly be heard: Blues, EDM, Hip-Hop, Jazz, Pop, R&B, and Soul. Her music has a little bit of something for everyone. Soleil will soon prove why she’s a superstar in the making.
Instagram: https://www.instagram.com/solefulsoul/
Twitter: https://twitter.com/solefulsoul
Facebook: https://www.facebook.com/soleilshines/
YouTube: https://www.youtube.com/c/Soleilworld
SoundCloud: https://soundcloud.com/soleilworld
Spotify: https://open.spotify.com/artist/0XKTCyBXEVwbZ7yXHhqRpc
Apple Music: https://music.apple.com/us/artist/soleil/1487471705
Related Posts 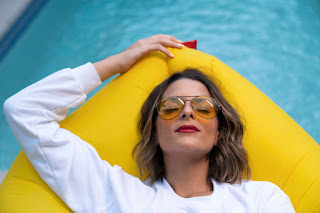 EXCITING OPPORTUNITIES IN STORE FOR SEVERAL…