$DVLLV$ (pronounced “Cash Dallas”) returns with his seventh single of the year, “444.” $DVLLV$ is so money on “444.” The track showcases $DVLLV$’s wide range of musical talent as he wrote, produced and engineered “444.”
Related Posts

Aug 23, 2022
$DVLLV$ gets vulnerable with listeners and speaks his truth on “444.” “I wanted to paint a picture of what I see and hope for when I wake up on an average day.” $DVLLV$ continues, “I wanted to craft the song to give it a conversation-like feel; as if you were drunk at a party, talking with your teammate or friend, and realize later on that there was more said than you had drunkenly thought.”
$DVLLV$ puts together a remarkable body of work. $DVLLV$ balances the deep lyrics and theme with a vibey beat and catchy hook. $DVLLV$ already has a visual in the works for “444” that is sure to be jaw-dropping. Be prepared to fall for $DVLLV$’s fall single, “444.”
Photo Credit: Cleanne Viana (@woah.cv)
Artist’s Bio:
$DVLLV$ is a rapper, singer-songwriter, producer, and engineer. He is a military brat that was born in Texas and raised between California and Ohio, but currently resides in South Florida. $DVLLV$ moved to the Sunshine State for college. $DVLLV$ found his calling early on. He started playing piano and writing lyrics as a youth. His recording artist journey officially began when he used his athletic stipend to buy home studio equipment. Since then, $DVLLV$ has released numerous songs and garnered over 250,000 streams. $DVLLV$ started an independent record label and hosts a podcast with KingAce called “LAVUE.” He also is a mix engineer at the renowned Bay Eight Recording Studios in Miami, FL. $DVLLV$ is never lackluster with his sound. He constantly delivers emotional music that tells tales of his upbringing and the heights that he plans to reach. Just like his non-conforming sound, $DVLLV$ makes music for listeners who see the world as nothing, but potential and those looking for something unique and impactful.
Instagram: https://www.instagram.com/cvshdvllvs/
Twitter: https://twitter.com/cvshdvllvs
Facebook: https://www.facebook.com/cvshdvllvs
Spotify: https://open.spotify.com/artist/34gevZz0EeyASsyo88bfXZ 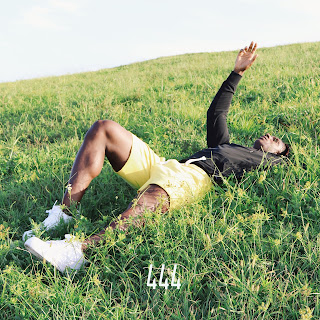 SHOW YOUR KAALGAT KAREL MOVIE TICKET AND STAND A CHANCE TO WIN A PS5!

RAY DYLAN SINGS ABOUT A SPECIAL KIND OF LOVE IN NEW…

Joyce Kennedy Proves Funk is Still Alive and Well in…

Caitlin Quisenberry is singing a new kind of love…