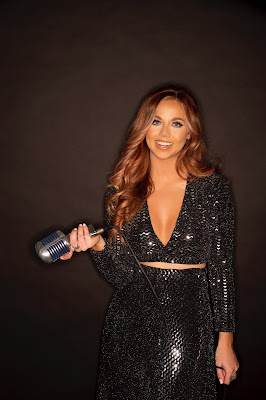 Having started singing at the tender age of 3, Caitlin
Quisenberry is no stranger to the stage! At age 14, she recorded her first EP
with GRAMMY-winning producer Robert Cutarella and found herself on American
Idol the very next year where she earned a Golden Ticket and was pushed through
to Hollywood.

In her debut single “Blue,” premiered on CMT in 2020 she was
named “Nashville’s Newest Darling” by Hype Magazine and has since received
placements in New Music Nashville, Country Note, ThinkTankNashville, Westword,
and Medium.com, to mention but a few.

Urban Craft magazine caught up with the talented
singer/songwriter who is currently riding on the wave of her latest single ‘What
if?’ for chat.  Below is how our insightful
exchange went down……..

For the benefit of our audience, would you mind telling us just who Caitlin Quisenberry is?

I’m a singer/songwriter who moved from Denver to Nashville to pursue music as my full-time career.  My entire being is based in creativity.  From creating music, to painting and selling my artwork (@caitlinraeartwork on IG).  I even put out a CQ newsletter every Monday morning to inspire other creatives.

Where and how did this amazing musical journey of yours begin?

My papaw was a Southern Baptist Minister and singing in church was a very natural way to start my journey.  When I was 3, my mom put me in piano lessons, but I didn’t have the attention span for it.  So, my reward for playing was to sing at the end of each lesson.  My love for singing continued and became more serious, as I recorded an EP when I was 14 with multi-Grammy award winning writer/producer, Robert Cutarella.  At 15, I auditioned for American Idol and was pushed through to Hollywood.  Then in college, I received an emphasis in Vocal Performance from Pepperdine University and studied in Lausanne, Switzerland with renowned opera singer, Karine Mkrtchyan.  Even though music was my biggest passion, I didn’t know how to navigate the business, so I was on a different path of going to law school to become an entertainment attorney.  It wasn’t until I sang the Chris Stapleton song, “Millionaire” on my Instagram that caught the attention of a Nashville producer, when I put law school on hold to pursue being an artist.  My first single, “Blue” found its’ way on to CMT’s site and my other singles received good press and were placed on Editorial Spotify playlists.  Those accolades gave me the push I needed to move from Denver to Nashville.

Where do you draw inspiration and major influence from?

My biggest inspiration are my listeners and fans.  I’m inspired when they connect with one of my songs and share their stories with me.  The inspiration for my songwriting comes from my own personal experiences, relationships I’ve been in, or just riding on life’s rollercoaster of ups and downs.  I also love it when I hear a cool line, from a friend, in a movie, on a greeting card, etc… that ignites a fire inside of me to take that line and write a melodic story around it.  I’m influenced by other artists who take risks with their music.  I study what they have done and why I’m drawn to it.  I strive to be an artist who does things differently and doesn’t follow the expected path.

What does your typical song creation process involve, from the song writing stage itself to getting into the studio……

I have a beautiful antique looking journal that I write all my song ideas in.  I’m constantly writing and singing ideas into my phone.  A cool melody can leave your head as soon as it came in – so I record everything.  The night before a write, I organize my thoughts and come up with concrete song ideas to pitch to my writing partners.  Once we decide on which idea to go with, we being to write.  Sometimes we begin with the chorus then develop the story in the verses.  I record as we go to capture everything.  Typically, we finish the song in one session, which can last hours, but some songs take many sessions.  I don’t record every song I write, just the “winners” I really connect with.  I then meet with my producer and together we plan out the direction and vibe of the song.  We choose which instruments will give the song the sound we want.  Musicians are then hired, and they lay down the music as I sing with them, so I have the timing and space I want for my voice.  After I have the instrumental, I work with that, then go in to lay down my vocals.  Lastly, an artist comes in to lay down background vocals/harmonies.  Once all these layers are complete, the producer sends the track out to be mixed by a mixer, then they send it back to the producer, he sends it to me for my approval, then he masters it.  Once mastered, it’s ready to go!

In 2020 you were christened as ‘Nashville’s Newest Darling’ by Hype Magazine. How much of an honor was this, and was there any pressure that came with this title?

It was a huge honor to be christened with that title.  It put me on the map as a serious artist with potential.  Other publications picked up that tag line when writing about me, which gave me and my music credibility.  Receiving that honor did put a little pressure on me, as it made me what to live up to that title.  I put a lot of pressure on myself naturally – always want each new song I put out to outperform my prior songs.  I know that’s not realist, but that’s always my goal.

What are some of your memorable highlights thus far in your career?

My most memorable highlights have been working with my producers.  I work with Ben Simonetti (writer/producer for Zach Brown Band) and Sal Oliveri (#1 single with Pink and Chris Stapleton).  They are at the very top of their game and allow me to be engaged in the entire creative process.  It’s an incredible feeling to have something start as a thought in your head to the finished product that the world can listen to.

Outside of the recent single “What if”, what else are you working on that we can look forward to?

I have so much music coming out!  I’ve developed a very strategic and aggressive plan for releasing singles every 3 weeks.  With that, I’m constantly pumping a song as I continue recording in the studio, so I don’t run out of music.  My next single coming out is, “I Will, I Swear, I Do” which drops on October 8th, followed by “Love Her Out of My Head”, October 29th, “Take Only What You Need”, Nov. 19th, then I’m ending the year with a Christmas song that I’m recording this week.I’m in the middle of filming another music video for a song I’m releasing in January titled, “Last Day on Earth” and I’m writing a script for the music video, “Love Her Out of My Head”. 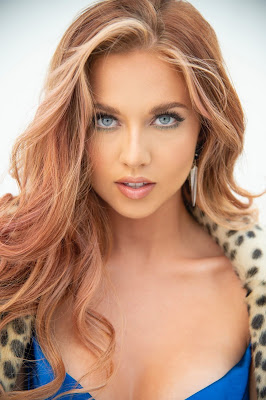 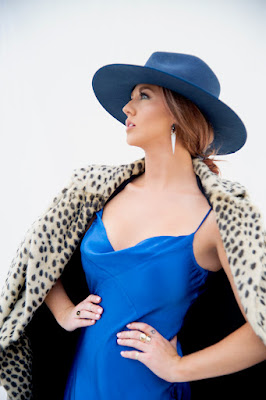